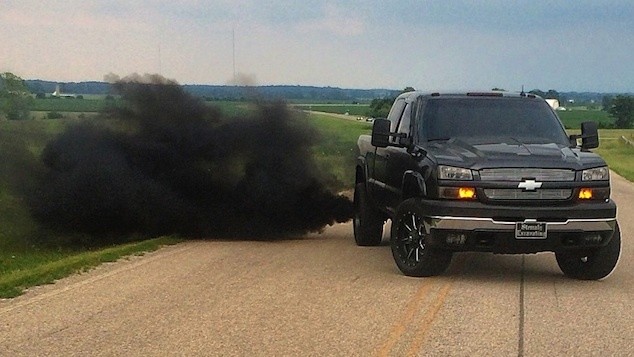 If you have purchased a 2007 diesel pickup truck or later model, you have probably heard about the complexities of the new diesel particulate filters (DPF) mandated by the EPA.  In an effort to reduce pollution, the EPA has been zealously stepping up regulations against automobiles.  This is because automobiles are said to account for half of the US Nitrous Oxide emissions. Diesel engines have always been noted as among some of the worst offenders despite the better fuel economy.  Diesel fuel is not as refined as gasoline and produces more hydrocarbon soot particles that subsequently get released into the atmosphere.

In order to combat this diesel-centric problem, the EPA first mandated the installation of EGR systems.  The EGR (Exhaust Gas Recirculation) method of cleaning emissions recirculates some of the exhaust gases back into the engine to complete combustion of the inadequately burned air/fuel mixture that was exhausted out of the engine. While this sounds great on paper, the reality is that EGR lowers the engine’s efficiency. When you consider that cold air intakes increase performance, it is plain to see why recirculated exhaust fumes will lower it and add additional carbon build up. The combustion process enjoys a nice big gulp of fresh air just as much as you do. EGR systems were mandated in California to combat smog and were added to the majority of diesel engines for over a decade before the 2001 nationwide EPA regulation was passed into law.

The new 2007 EPA regulation mandates the use of the DPF to filter out the particulate matter. While this all sounds great on paper, the reality is that the DPF system is difficult to service and will get clogged up over time. When it gets clogged up, it creates back pressure in the exhaust that greatly diminishes performance. There are two different methods that manufacturers use to deal with it.

There are active and passive regeneration mode methods being used. The passive regeneration mode is supposed to burn up the particulate that is trapped in the same manner that the catalytic converter honeycomb can dislodge contaminants by reaching an appropriate temperature. The problem comes when drivers do a lot of stop and go driving and do not regularly circulate a high volume of hot exhaust through the DPF.

The active regeneration systems in Dodge, GM, and Ford trucks are so convoluted and inefficient that drivers are being crippled by the regeneration cycle. The vehicles may be crippled to a maximum speed of 5-mph during a regeneration cycle or unable to start at all. These vehicles have inconsistent temperature and duty profiles that make it difficult to use a passive approach. Therefore, the engine control computer system (programmed by the engineers who designed the vehicle) is responsible for pulling a few tricks to increase the heat of the engine and its exhaust fumes.

These tricks include retarding the timing, injecting more fuel, manipulating the airflow of the turbo boost and intake, and manipulating the EGR valve to force more hot air into the engine. These methods are inefficient because the engine coolant is counteracting any effect they have upon engine temperature. Furthermore, dumping fuel into the engine using the post-injection method dilutes the oil protecting the contact surfaces and leads to premature wear.

Another method of passive cleaning uses an additional fuel injector upstream of the catalyst to heat the exhaust to sufficient temperatures. This method is far more efficient and safer than the post-injection method used by GM, Ford, and Dodge. It bypasses the engine and focuses the production of heat exactly where it is needed with very little additional fuel consumption.

The DPF reduces hydrocarbons and poisonous carbon monoxide by 90-percent. However, these regeneration processes leave a lot to be desired. They do not per se clean the DPF. Eventually, the DPF will become loaded with fine ash even if the regeneration cycle is successful. Anyone who works with this ash must wear respiratory equipment because it is carcinogenic and easily inhaled. In order to clean the DPF professionally, it must be uninstalled and placed in a special machine that uses vacuum pressure and compressed air to remove the ash from the filter. Replacement of a DPF exhaust system can run upwards of $7,000 in a late-model truck.

The Laws Regarding DPF Tampering

Truck owners are recognizing the problems of the DPF and taking steps to eliminate it themselves. Some companies were offering kits for drivers to delete the DPF. One California manufacture was recently fined for $400,000 and forced to buy back the kits they sold. A number of businesses have been fined pursuant to Section 203 of The Clean Air Act that makes it a Federal offense to alter or remove the DPF with intent to evade emission controls. Best thing to do is to find alternatives and do not DPF delete.

Exhaust parts are difficult to service. In the north, the parts tend to become rust-welded together. Even if the parts are not rust-welded into one unserviceable piece, exhaust components are exposed to extreme temperatures and usually require cutting or torching to disassemble the pieces. Replacing these components and having them serviced are both expensive and complicated procedures that many diesel truck owners refuse to deal with over and over again. The best solution may be to follow the method of installing an injector upstream of the catalyst. In this manner, drivers can heat the exhaust itself and, in the very least, limit the frequency of cleaning ash from the filter.

It is unclear when retrofit kits may become available for all models to employ this superior regeneration method. It would not be practical for vehicle owners to engineer their own system in their backyards, considering the dangers in working with fuel and the possible problems of working with the computer systems to activate it.

This site uses Akismet to reduce spam. Learn how your comment data is processed.